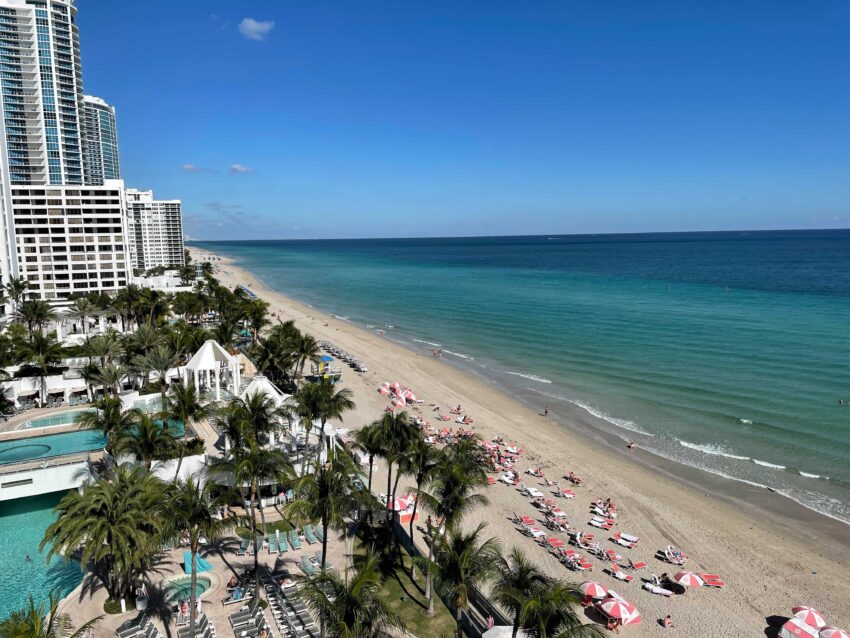 From November 28 to December 5, three of us, including CEO Kim, went on a business trip to Miami, Florida, U.A. This article is not a report on our participation in the exhibition, which was the purpose of our business trip, but rather a retrospective of our memories during the trip.

A business trip to Miami, Florida, U.S., started with a five-hour delay.

On November 28, I took off from Narita for Miami, Florida, U.S. It had been a long time since I had flown internationally, so I was in high spirits. However, at the Chicago airport where I was transiting, the next flight was unexpectedly delayed for 5 hours… We had a good time for a while after we left Japan, but all three of us were already exhausted from the long flight, so we spent our time relaxing at the airport’s food court or napping in the sun by the window. 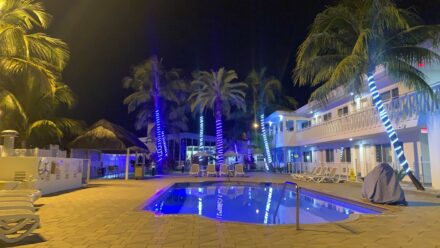 And so we managed to arrive at our destination, Miami. After checking in at the hotel, we immediately went to a nearby supermarket, bought some prepared foods, and had dinner by the hotel pool. Since our arrival time had been delayed, we no longer had the energy to go out and eat. lol

The photo above is of the hotel where we stayed. After dinner, I would like to say that I slept like a baby, but despite my tiredness, I couldn’t sleep much due to jet lag. I woke up in the middle of the night to work, took a nap, and headed to the exhibition site to set up. 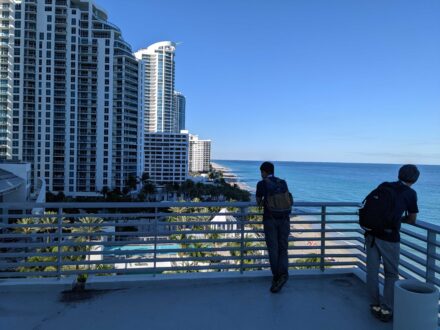 The exhibition is open! Traveling back and forth between the venue and the hotel during the exhibition.

On November 29, the day before the exhibition, we started setting up in the morning. The photo above is the view from the venue. Not only was the view nice, but the breeze blowing through the air felt good.

After setting up the prepared posters and the large banner with Mt. The size was perfect and we were happy with the way it turned out. After setting up, we walked for about an hour along the beachside back to the hotel. After arriving at the hotel, all three of us went to bed at 8:00 p.m. due to jet lag.

The next day, during the exhibition period from November 30 to December 2, we went back and forth between the venue and the hotel, explaining our products to visitors, gathering information at other exhibition booths, and participating in research presentations that were being held at the same time. All three of us tested negative, which was a relief. 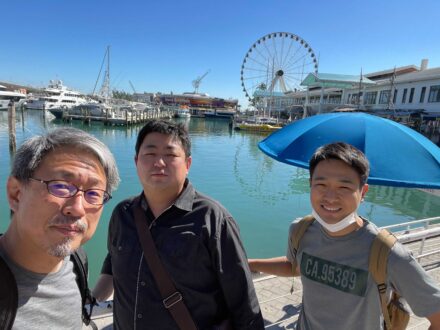 On the last day, we went to “Little Havana”, an area where you can feel Cuba.

The next day, December 3, was our only free day. Since it was the first time for all three of us to visit Miami, we decided to walk around the city a bit since we were here! So we headed to the southern part of the city, a short distance from the exhibition site.

In the city, there was the Freedom Tower, a building built to commemorate the settlers from Cuba. It was very beautiful with its Mediterranean-style design (below photo). It was also a beautiful place with the ocean and a harbor by the city. 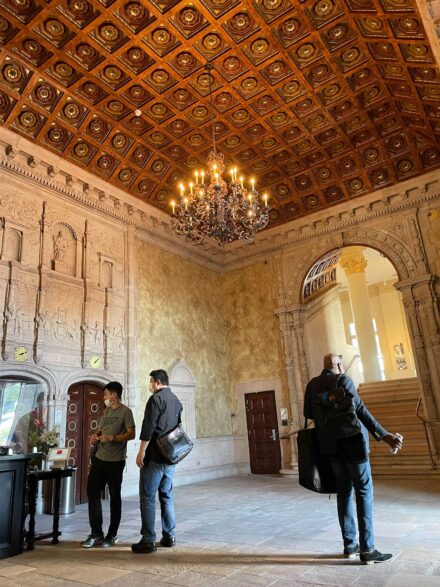 And for lunch, we visited a Cuban restaurant that our Uber driver introduced to us, and the food here was excellent! It’s a famous restaurant that President Obama visited, and it’s called Versailles. I especially liked the stewed beef, and I would like to go back and try it again (below photo).

So we ate too much and headed back to the hotel with full bellies and happy feelings. After a few days of exhaustion and a full stomach, I was able to get a good night’s sleep. 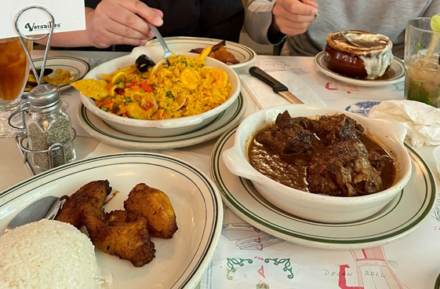 The last day of the trip, December 4, was my return day. I took a flight that left Miami at 7:00 a.m. and came back to Japan via Dallas. I’m currently in quarantine for two weeks, but it’s been a long time since I’ve spent any meaningful time outside the country, and I’m looking forward to working hard at my job in Japan again!