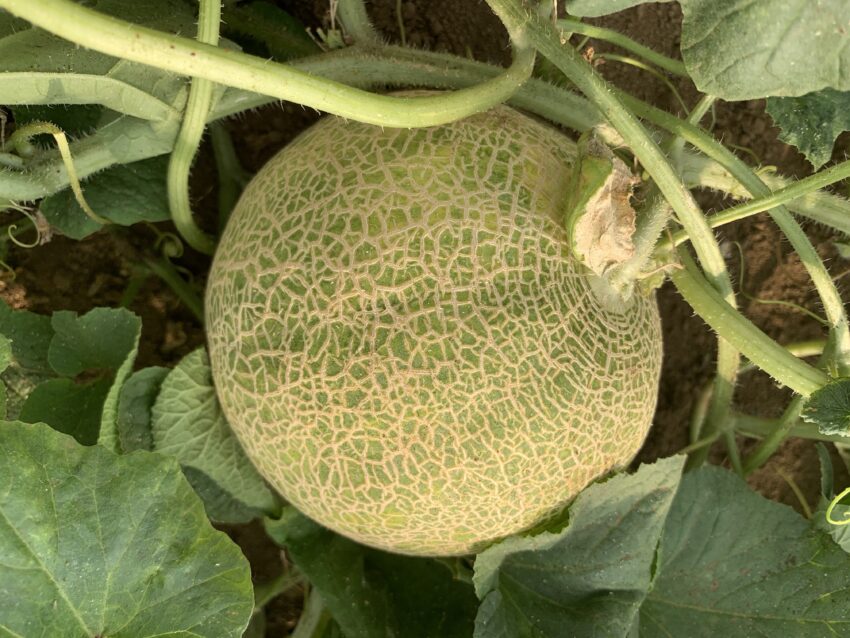 We regularly meet with farmers who are using Skeepon to get their impressions and requests.

This time, we visited the fields of a farmer in Nerima Ward, Tokyo, who grows vegetables and fruits and sells them directly from his home. He grows a wide variety of crops throughout the year, and Skeepon is being used in the process.

This time, we asked him about his impressions of using Skeepon when growing melons and would like to introduce them with photos.

Skepon treatment of small melons. I was able to grow them without the hassle of watering.

This time, they used Skeepon for melons. The variety is Moonlight, a netted melon with yellow skin and white flesh. The first treatment was given to the seedlings before planting, and the second one was given during the middle of growth. Thanks to this Skepon treatment, the seedlings grew without wilting even though we had to water them less frequently. 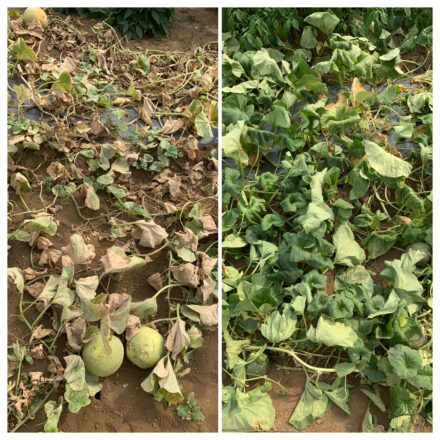 The one that grew only with water died, but the one that was fed with Skeepon did not.

These melons were grown in greenhouses. The temperature can reach over 50 degrees Celsius during the daytime in the summer, so they grow in a very hot and dry environment.

Both melons produced fruit, but the melon that had been watered only had some fruit cracked as a result of watering before harvesting because he was worried about the wilting of the leaves. However, the Skeepon-treated melons did not have withered leaves, so they were not watered, and no such problems occurred.

In the future, we plan to use Skeepon for growing onions and pak choi as well.

In addition to melons, this farmer has been using our products for small tomatoes. In the future, they are planning to try it on onions and pak choi, which they will start growing in early autumn. Please look forward to it.