We regularly meet with farmers who are using Skeepon and ask them about their usage and requests.

This time, we visited the fields of a farmer in Adachi-Ku, Tokyo, who grows vegetables and sells them directly from his home. He grows a wide variety of vegetables throughout the year and uses Skeepon in this way.

This time, he shared his impressions of using Skeepon when growing corn and edamame, and we would like to introduce them with photos. 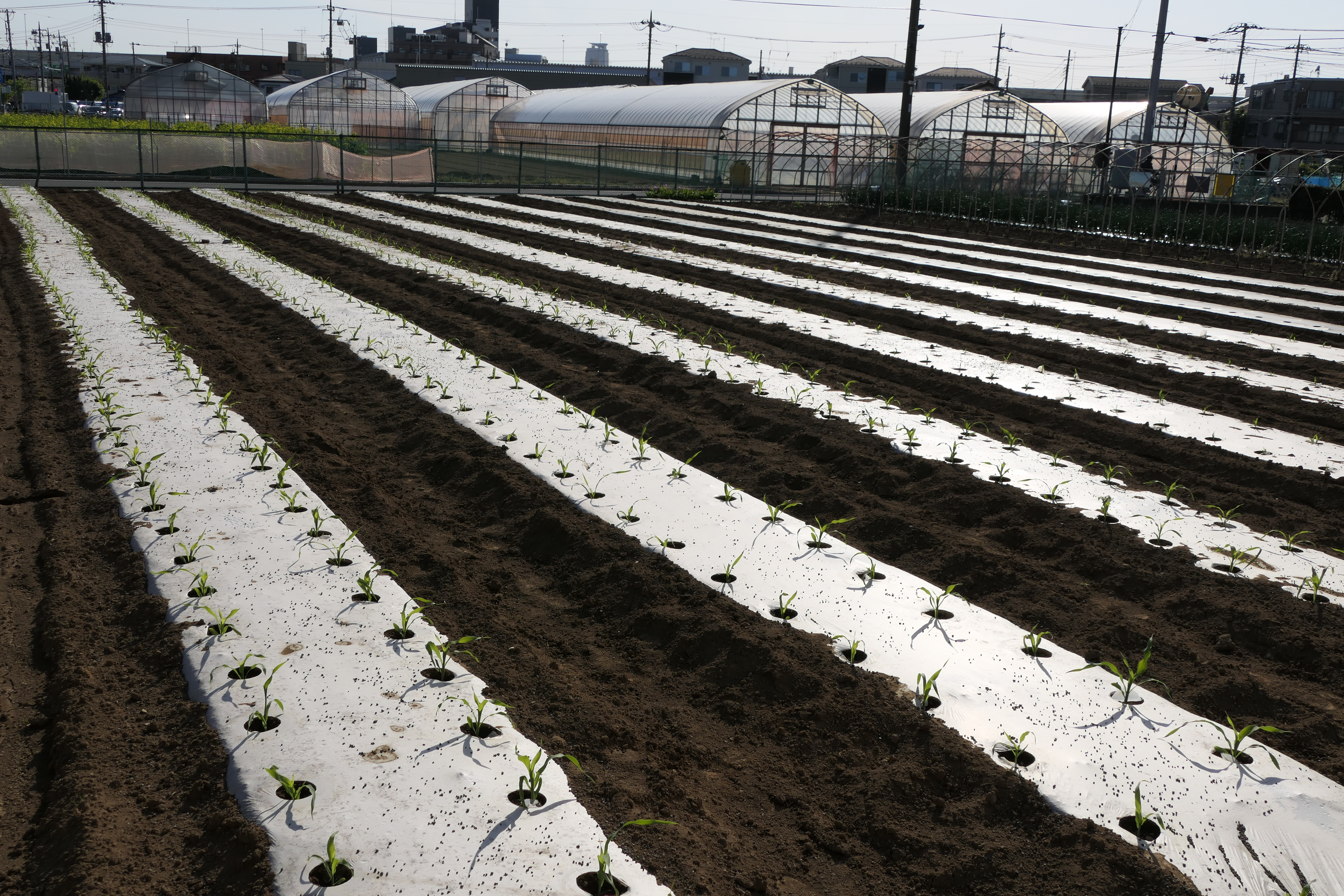 The photo above is a corn seedling that had been transplanted about 10 days before our visit to the field. The seedlings were growing well, but they hadn’t been watered since they were transplanted when they were allowed to absorb Skepon from the roots.

After his explanation, I carefully looked around the seedlings one by one, but I could not find a single missing plant. This made me realize that plants take in Skeepon’s ingredients at the time of transplanting, which increases their stress tolerance and reduces the rate of abscission. 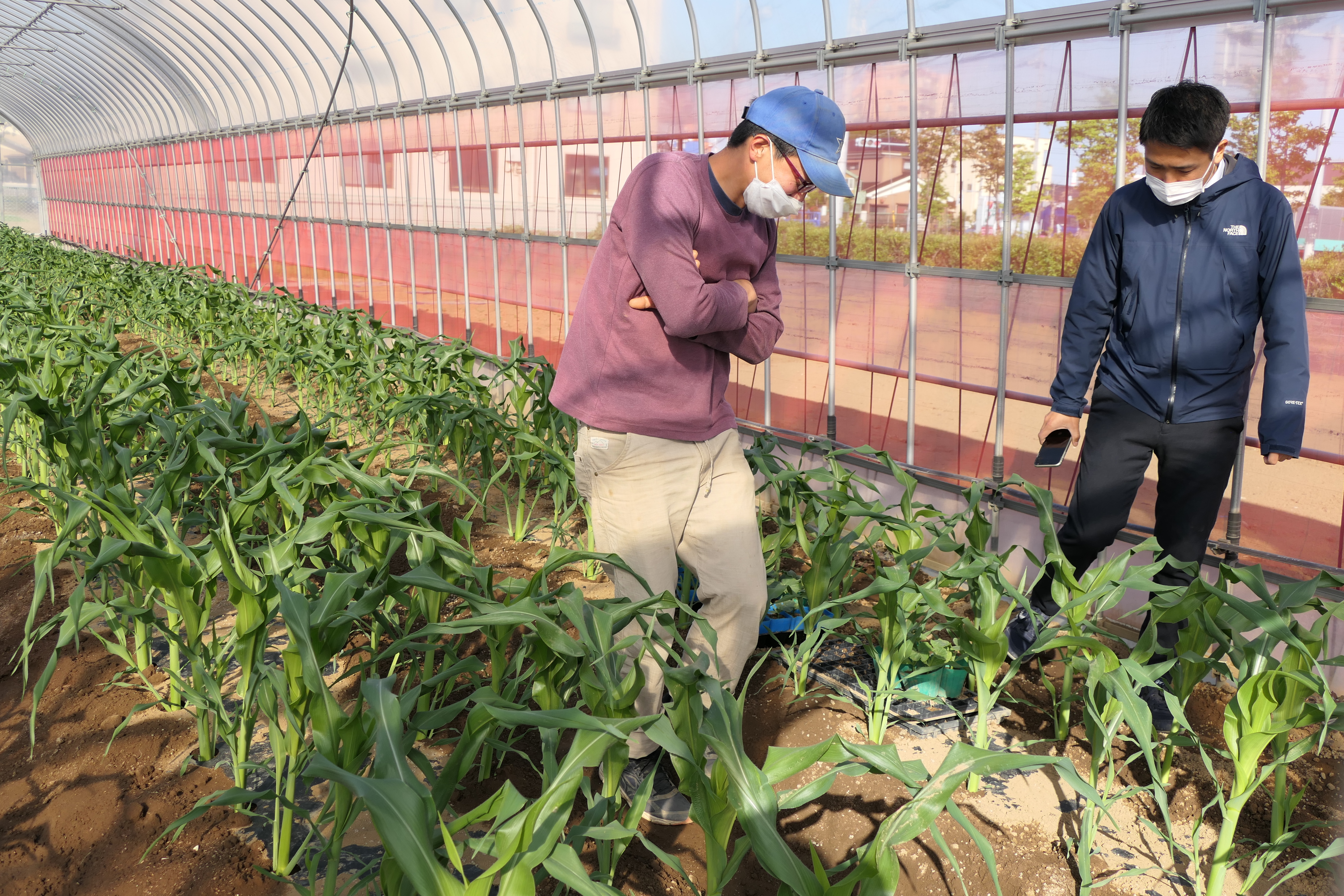 In addition, they only applied Skepon at planting time and did not water the plants after that. He was surprised to hear that there was no problem with the growth even so and that the plants grew stably. He was also pleased to see that the plants were growing well and that he was able to save time and effort in watering and still get the desired results.

Edamame – transplanted this morning, but was active in the evening.

We also got some feedback about the edamame at the end of our visit.

The edamame seedlings in the photo above were transplanted after Skepon was sprayed directly on the field in the morning of the day we visited, but in the evening when we looked around the field together, we could see that they were already active. In the photo, you can see that the roots are well covered with soil.

We were also told that they had not been watered after transplanting, and we found out that even without watering, with the moisture contained in the Skeepon and the soil, the plants would grow with strong roots.

In addition to this, they said they would like to try Skeepon on other crops such as onions, and we were also joined by farmers in the neighborhood and extension agents from the Tokyo Metropolitan Government, who were able to experience the effects of Skeepon.

In the future, at the urging of the farmers we interviewed, we will be selling Skeepon to farmers in Adachi and Katsushika wards. With this opportunity, we will strive to make Skeepon a product that more farmers can use and feel the effects of.